With inflation being the number one issue on the minds of  business owners, economists and consumers alike, it was no surprise that the topic was first on the list during Omnia’s annual Price Points Live event, which took place in Amsterdam a few weeks ago. In a series of articles, we will share an in-depth view of the event’s topics, starting with inflation, and then including consumer behaviour and psychology, sustainability in e-commerce, and pricing and profit. Sharing her knowledge and predictions regarding current and future inflationary trends, Aline Schuiling, who is the Senior Economist Eurozone at Group Economics of ABN AMRO Bank, explained how the ECB (European Central Bank) predicts and calculates inflation and what the EU can expect in the coming years.

Aline’s inflation predictions for the next few years show that Europe can expect a decline in inflation and will rest at 2% again by 2024. This prediction is supported by a study conducted by Statista, which shows that inflation will remain at 2% from 2024 - 2027. In addition to a positive outlook regarding inflation, GDP growth for 2022 had a better result than expected: Annual GDP growth is expected to sit at 3.1% and in 2024, it’s expected to sit at 1.9% growth. Thanks to a resurgence of tourism, the easing of bottlenecked supply chains and the lowering of energy and food prices, these short-to-medium term projections should instil more confidence in the markets and the economy. 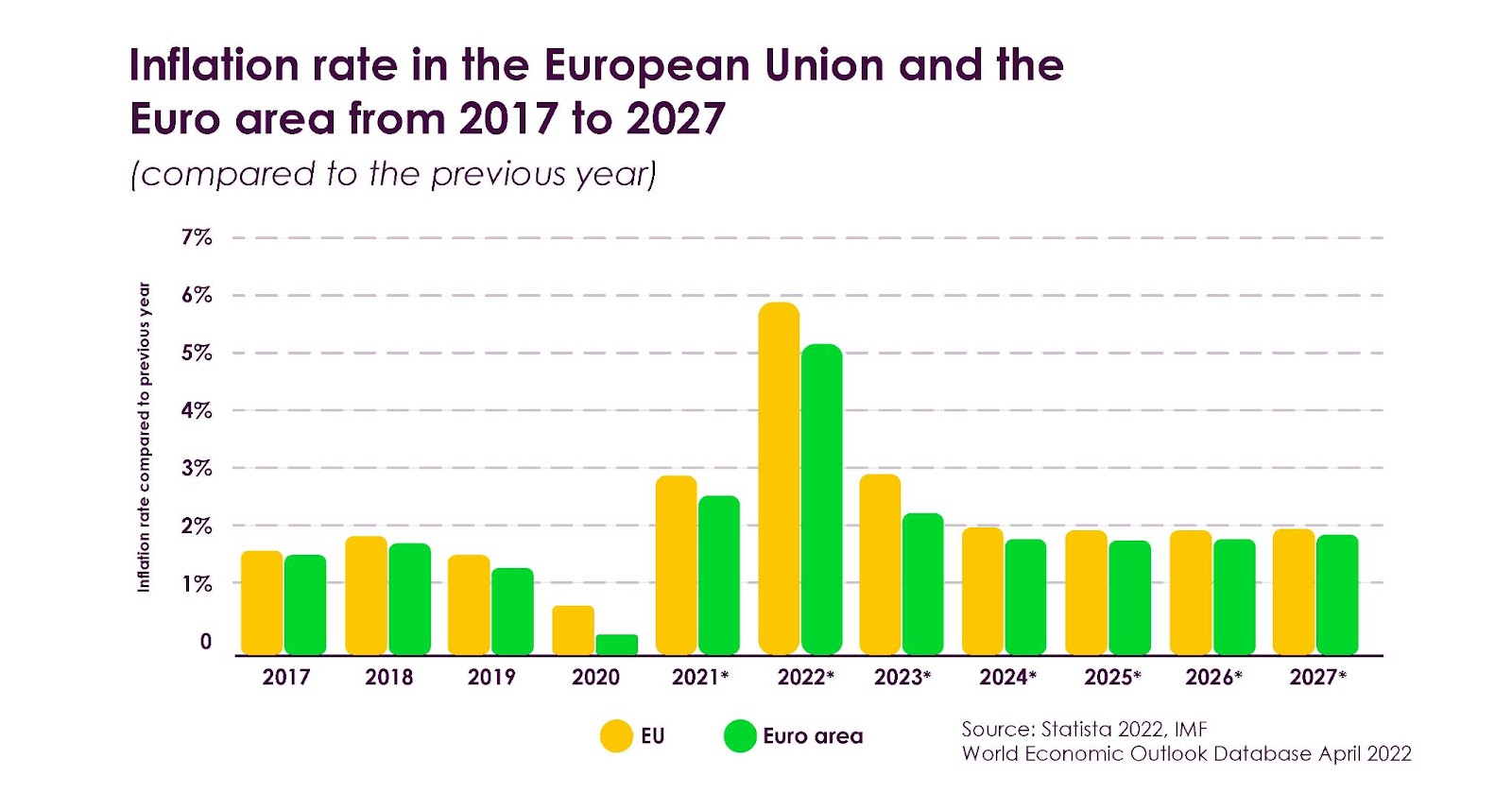 When calculating inflation, Aline assures that numbers are derived from comparisons to the previous year. “For example, in the first few months of the pandemic in 2020, inflation was actually in the negative. Then you see prices start to go up later on and then inflation starts to increase. Why? Because it is compared to the year before when inflation was actually in the negative,” says Aline. In the table below, we see Aline’s point, in addition to the contribution of food and energy price surges, as mentioned above. 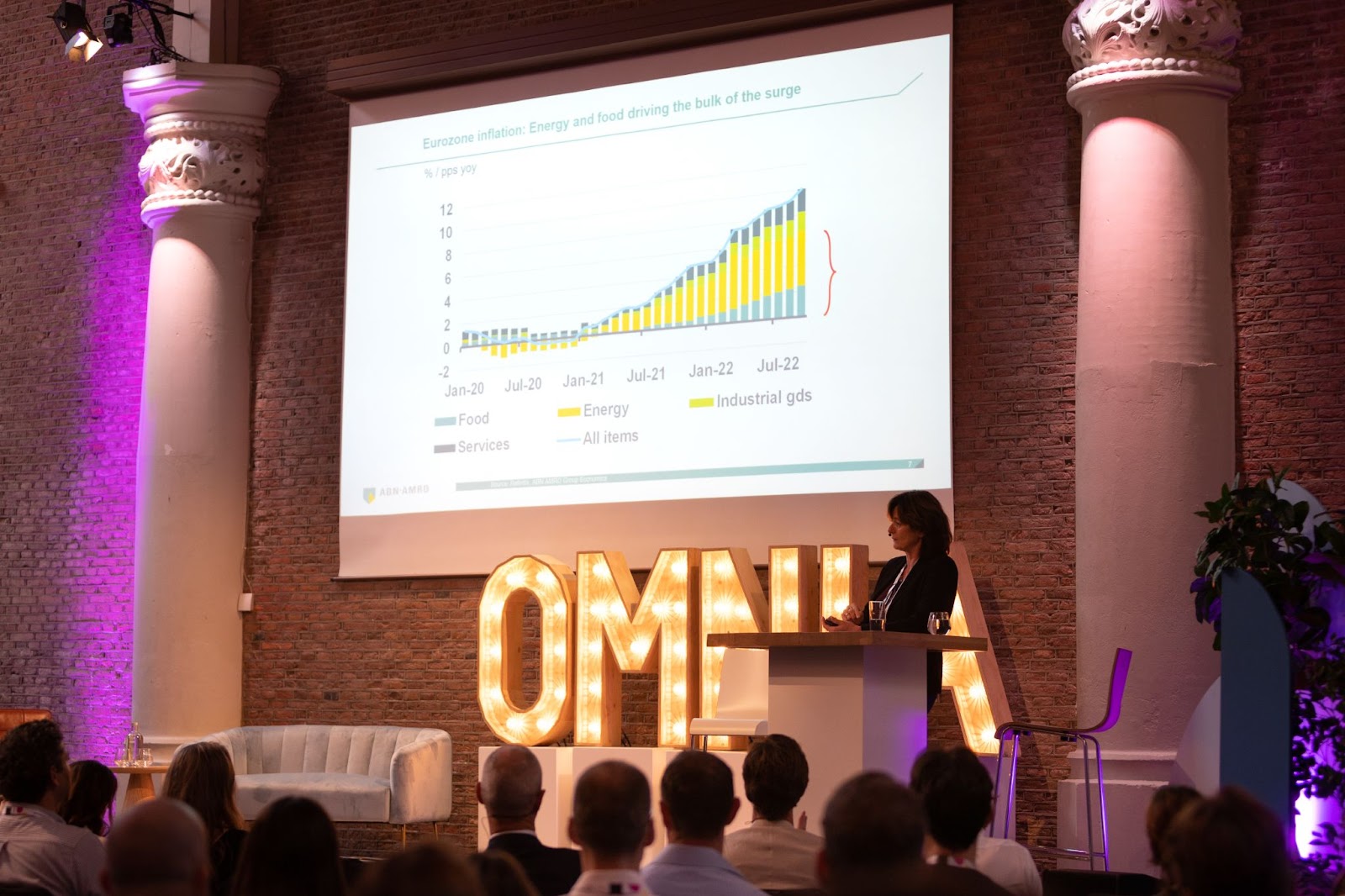 Despite support from governments, recessions in the EU and UK are likely

At its worst time, inflation in the EU reached 10.1%, which has had a detrimental effect on consumer spending and behaviour, confidence in the markets and overall GDP growth. Due to this, a number of European governments have tucked into their coffers to support economies (households and businesses) affected by the energy crisis. Notably, Germany leads by spending 6.5% of its GDP on energy support, while the Netherlands has spent 4.8% and Italy has spent 3.3%. France has capped the prices of gas and electricity to 6%.

Despite these efforts, Aline reports that consumer confidence has been the lowest ever since the financial crash of 2007 - 2008: 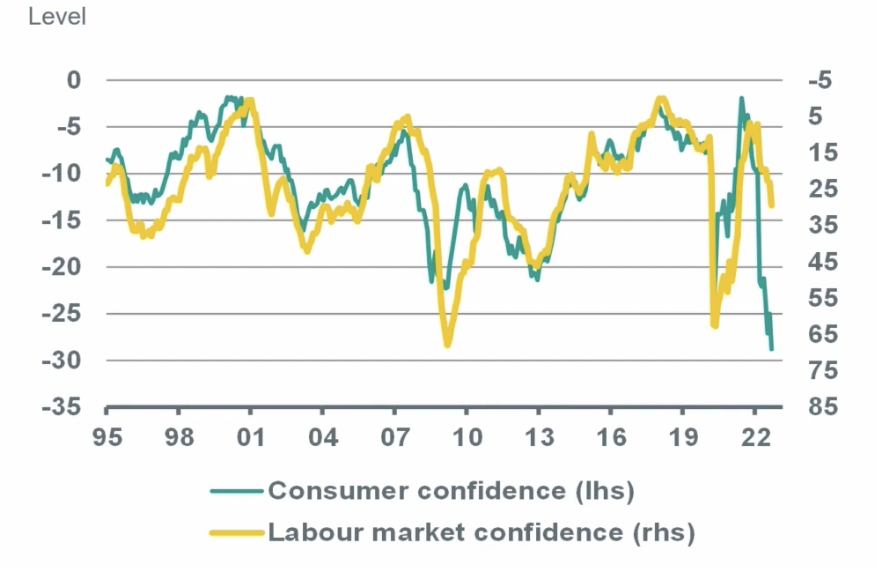 In addition, a slight recession is expected in the third and fourth quarters of 2022 and the first quarter of 2023 in the EU and UK, despite decreasing inflation. However, the US will experience a slightly stronger economy as well as a larger bump up in 2023. 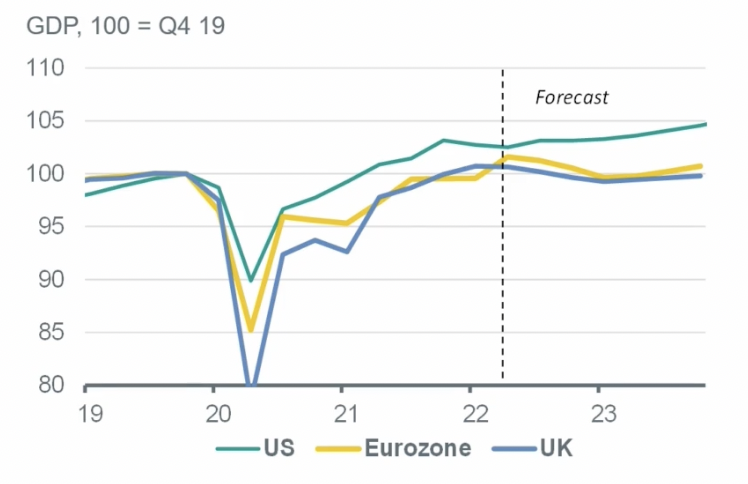 Although some of these expectations don’t look overwhelmingly positive, central banks, businesses, retailers and e-commerce players rely on these predictions for setting prices in the near and far future. This, in turn, affects the consumer. It is vital for all businesses to be aware of these changes and on top of what the ECB expects for the Eurozone economy. Retailers who have a quick and confident response to high inflation not only survive but thrive in the years to follow: “The most resilient retailers were able to drive 11% annual growth in total return to shareholders”, McKinsey reports, between the years of the Great Recession of 2007 - 2009. This number was five times higher than their peers through to 2018. Within e-commerce and retail, there is an opportunity here to test one’s robustness. After all, if brands and retailers want to ensure long-term success, they must develop sound strategies for difficult periods and inflationary challenges.

The entire recording of the event can be reviewed here.

Tegan is a Senior Writer and Editor at Omnia and is based out of Cape Town, South Africa. Tegan is a former news journalist who has been published in the Independent on Saturday, The Mercury, The Daily News, The Star and IOL.com. Tegan completed her degree in journalism from Rhodes University and has been publishing since 2011. She has a passion for business and commerce, specifically within e-commerce and retail.