The global e-commerce market is expected to reach a value of $5.55 trillion this year, with major players like China in the East and the US in the West dominating e-commerce markets. China leads e-commerce retail sales with a 52.1% hold, while the US remains in second place.

Although no European countries are in the top five e-commerce markets globally, it should not be discounted as a strong contender for even the most successful e-commerce markets around the world. After all, Germany and France follow in sixth and seventh place respectively, and one cannot ignore that the sheer size of the US and China plays a large part in their success. With differences and similarities alike, if one compares the e-commerce markets of the US and the EU, what can Europe learn from the US?

Lessons for the European and American markets

Following an in-depth report created by McKinsey showing the positive impact on profits when more time, strategy and budget is allocated to retail media, it can be suggested that the European, Middle East and African regions (EMEA) should take notes from the US’s successful focus on retail media, a sector of the industry that is being led by Amazon, Target and Walmart Connect in the US. It is also a growing trend in the UK.

But, what is retail media, exactly? This includes in-house and out-house targeted advertising for the retailer and the very brands they stock. In doing so, it reaches the very needs and wants of the customers. The type of media includes in-store advertising with digital screens, social media marketing through a retailer’s digital platforms and third-party advertising on Google.

McKinsey estimates that if a retailer sets up their own RMN, their profits could increase by between 60% - 85%. In supporting this conclusion, this may also be because RMNs have access to first-party data that can target customers with relevant content instead of traditional mass marketing. Speaking of the value of first-party data, research shows that 91% of consumers are more likely to spend money on a brand that offers them deals and recommendations that are actually pertinent to them. 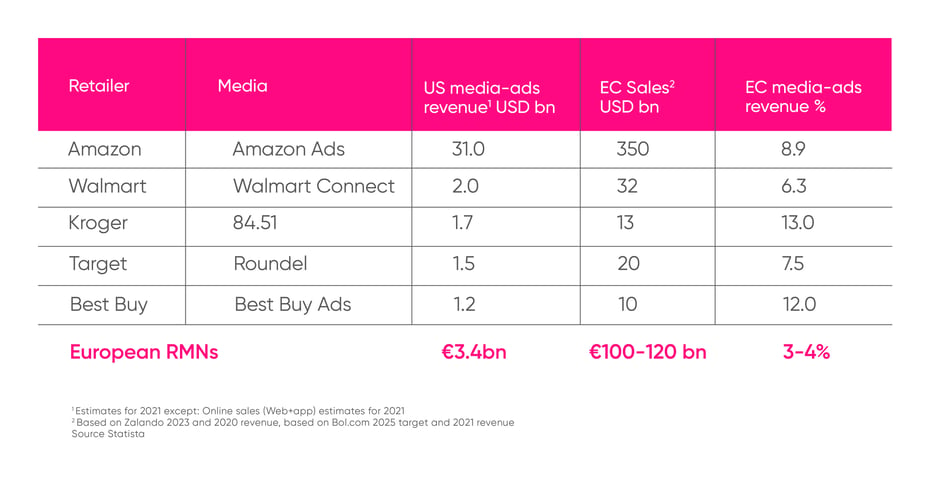 Although e-commerce penetration in Europe is slightly less than in the US (14.4% vs 15.3% of all retail sales), Western Europe is far ahead in terms of the in-store digital experience.

This includes increased use of robotics and AI in retailers to improve the overall delivery and experience. For example, brick-and-mortar stores in Western Europe offer more omnichannel options like BOPIC (buy online, pick-up in-store) and roboticized item collections like Ochama in the Netherlands which uses robots to collect and package each item.

In-store modernisation is more advance in Europe than in the United States. 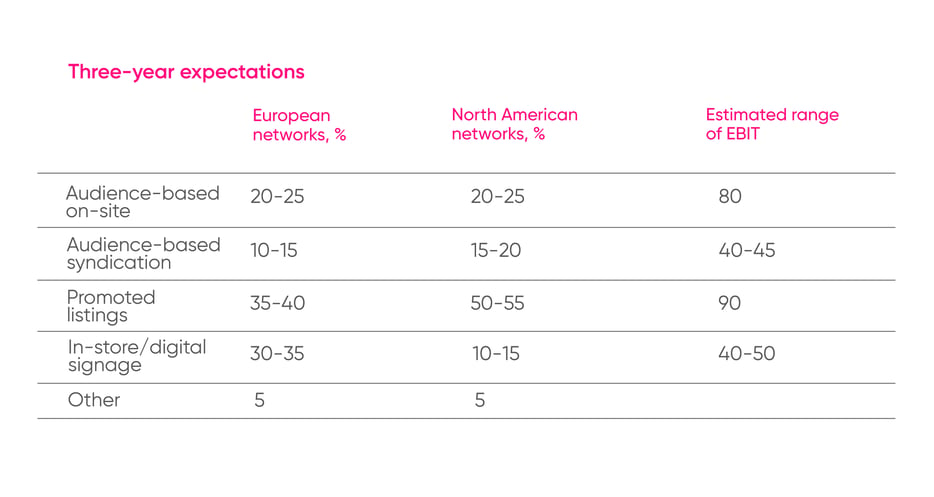 How are retail markets in the EU, UK and US reacting to high inflation?

Currently, retail markets in the various continents are reacting differently to high inflation.

In the UK, a 40-year record high of 10.1% inflation was reached in August, which was attributed to increasing costs in energy, food, vegetables, and staple items like toilet paper and deodorant.

France experienced a similarly sharp increase, reaching a rate of 6.1%, which is the country’s highest in 37 years.

Surprisingly, the UK and France have been made outcasts with this statistic, as countries across Europe like Germany, Italy, as well as Canada and the US experienced a slowing down of increasing inflation in July. Furthermore, the Bank of England predicts that 10.1% will not be the worst numbers that we see - in fact, inflation in the UK may rise to 13% later in the year. Despite some positives regarding inflation in the EU mentioned above, the continent’s largest online fashion retailer, Zalando, has experienced decreases in revenue every month since the start of 2022. The Financial Times reported that Zalando has experienced a 29% drop in net cash this year to €1.6 billion.

Across the Atlantic, retail sales remained steady and consistent in July and August. Although it may be incremental, retail sales increased by 0.7% across multiple categories. As the world’s largest retailer, Walmart reported strong returns despite rising inflation and described “resilient consumer spending” as the reason. Home Depot, another American retailer, has also experienced steady and increasing turnover, detailing the spending on home DIY and improvement as “incredibly high”. In fact, this last quarter ended with Home Depot achieving their highest sales and earnings ever. This shows how US consumers are investing in the homebody economy more than before, despite the almost total end of covid-19 restrictions. Other US retailers like Target and Lowe’s experienced positive returns on their shares this month too.

Other players are showing their grit as they grow.

Is there a clear winner?

When it comes to the status as the reigning e-commerce market champion, we don’t see a clear winner between the US and the EU. Both markets flourished under the urgency and chaos of Covid-19 restrictions, however, both markets have more to learn when it comes to offering customers targeted deals and promotions. The EU shows promise of using robotics and AI in a more effective way than the US, while shoppers in the US are proving to show more resilience in the times of high inflation. Despite the competitive nature of both North America and the EU, both markets could share in the knowledge and learn valuable lessons from one another.

An awarded strategic marketing and business professional who has assisted in leading businesses through developing and implementing strategic insights and campaigns across marketing, strategy, and business development for over 15 years across an international landscape in retail, SaaS and financial sectors.