Dynamic pricing is nothing new. In fact, it’s been the norm for many years.

But what's the story behind this pricing trend, and how did it come to define modern retail and e-commerce? In this post trace the path of dynamic pricing and learn how we came to be where we are today.

The historical origins of dynamic pricing

Historically, prices have been mostly dynamic and consumers have haggled with shopkeepers to find the right price for a product. That price could vary a lot: if the product was in high demand and limited in stock, shopkeepers could raise the price on the spot.

Conversely, if a shop owner wanted to get rid of an overstocked item, they could decrease the price to increase the volume of sales. Shopkeepers could also change their price depending on the person who was buying. If someone looked like they were willing to spend more money on a product, the shopkeeper would set the price higher than if the shopper appeared to have less money.


But this system was inefficient, to say the least. And it quickly became too complicated and time-consuming to keep track of prices as businesses grew during the Industrial Revolution.


For one, shopkeepers were key parts of the sales process, and businesses needed to train them accordingly. As Jacob Goldstein says on a fascinating Planet Money episode about the invention of the price tag,


Retailers often had apprentice shopkeepers who learned the art of haggling over a longer tenure, and it was a profession that required years of training.


The “negotiation market” was also time consuming for everyone involved.  Lines would grow long as shoppers waited for determine prices, and consumer resentment grew if someone two people ahead of you in line got a better price for the same product.


In other words, it became too complicated to keep track of all the prices, and the system wasn‘t scalable for the industrial revolution. Retailers needed to find a new way to manage their prices…so they turned to the price tag.


Invented in the 1870s, the price tag allowed companies to scale their pricing out to more complex assortments and meant that shopkeepers didn’t have to remember the price for every single product in the store. It also made checkouts faster and more fair for all. All retailers needed to do was decide about how much to charge for a product once, then apply that price to a price tag in-store. It was a return to an old Quaker model where stores would charge the same price for every product, regardless of who the buyer was.


This model quickly became the standard model in retail, and it’s hard to imagine a world before price tags. For the last 150 years, they‘ve almost universally dictated how much we interact with retail stores.

Today, price tags are still relevant, at least the minds of consumers. Price is still the most important “P” for many shoppers, and many people don’t care which retailer they buy a product from, as long as they get the product at a good price. They also still serve a purpose in terms of scalability.


But that doesn’t mean that the price tag isn’t changing, literally and figuratively. E-commerce and new technology is changing retail, and the traditional paper price tag is quickly becoming obsolete. As modern technology shapes how we buy and sell, it also has opened up the floodgates for increased price changes.


Airlines were the first industry to transition from a fully price tagged world to one where the price can shift throughout the day and week. Before the 1980s, the American government heavily regulated airline prices. But that changed during the 1980s when the industry took over price-setting.


At the time, former ticket clerks spent their entire day making this these price adjustments manually on computers. by former ticket clerks who spent all day changing ticket prices on computers. The price of a seat depended on a number of factors: what time of day the flight was, how close to the flight someone booked the seat, how long the flight lasted, and more, but it ultimately was the clerk who decided what the price would be according to their “gut feeling.” It was a wildly inefficient system, and the airlines lost huge amounts of money.


But eventually the airlines realized they were using computers to make these changes…computers they could modify to change seat prices automatically based on known information about a flight path, not just gut feeling.


So the airlines took the plunge and did what many retailers are doing today: invested millions of dollars in software to automatically update ticket prices based on a variety of factors. And it works well. This automated dynamic pricing helped pull companies like Delta out of a financial downturn. Shortly after this success, the rest of the travel industry, from hotel chains to cruise lines, followed suit.

When the internet made its debut in the 1990s, it started a revolution in the way we live and work.


Companies invested in new technologies that would allow them to send and receive commercial and information electronically — technologies that became known as “e-commerce.” Several new companies sprang up to meet these new e-commerce demands, but folded with the collapse of the Dot-com bubble in 2000.


But by 2000, the term “e-commerce” had morphed to mean the ability to purchase anything online...and retailers had noticed the obvious advantages of an online marketplace. Retailers could now expand their assortments beyond their physical store and reach entirely new audiences. Shoppers were also quickly taking to the convenience of online shopping.


Amazon and eBay were the first two companies to truly push this idea of an electronic marketplace to an entirely new level. Each company found wildly innovative ways to capture the power of the internet in retail. Amazon, for example, created its Prime membership program and an affiliate marketing system to push products even further. 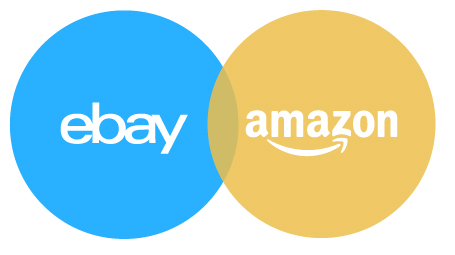 As e-commerce grew, software technology co-evolved with it. And in some ways, e-commerce made price tags important again, albeit in a completely different way.


As the e-commerce market has flattened, price has become, in many cases, the only thing consumers care about. As a result, retailers now need to battle to offer competitive prices at all times, and the market price for a product changes several times a day.


Pre-internet, retailers needed to make about 4,000 pricing decisions every quarter. It wasn’t worth the energy to change prices multiple times a day to follow the market. And the market didn‘t change that often. But today, price changes happen several times a day for millions of products across an entire marketplace. And they happen instantly. (In case you’re curious, we did the math for you. It’s around 60 million pricing decisions every single day.)


So this puts retailers in an awkward position. Like the airlines of the past, retailers are currently updating their prices manually. Entire pricing teams spend 2-3 hours a day simply following a competitor’s prices just to understand the market for every product in their assortment. Those pricing teams then need to calculate new prices based on their company’s strategy, then update their own web shops to stay competitive. They then need to start this process all over again to stay relevant.


Physical stores also suffer from the fast pace of e-commerce, and without the proper technology retailers can easily offer two totally different prices for the same product depending on if it‘s online or in a physical store.


There‘s no real way for retailers to keep pace with the new market without the help of technology. Manually managing prices requires a ton of time, effort, energy, and money…and it is still inefficient. Assortments are too big to manage, and the price changes happen too fast to keep up. That’s why they turn to a dynamic pricing software like Omnia — to get control of the assortment again.

We’re unlikely to return to an era where you haggle with a storekeeper to get the best price, but we are shifting into a time where computers dictate the price through dynamic pricing softwares.


Just like the airlines of the past, many retailers realize that there is an easier and more efficient way to manage their prices, and are making the necessary investments in the software technology. Sometimes retailers invest their time and energy into their own dynamic pricing method, but in other cases they outsource the work to a third party like Omnia.


Omnia can help you on both sides of this. If you want to develop your own in-house solution, we can help you get the data you need for your dynamic pricing machine. If you want a complete end-to-end solution, our Dynamic Pricing module takes care of data collection, price calibration, and price adjustments for you.


Curious? Try Omnia free for two weeks and see which product is the best for your company. Click the button below to get started.

Grace Baldwin is a pricing and marketing specialist at Omnia Retail. Before Omnia, Grace gained experience in content management at EDIA and through a freelance content management business. She holds a B.A. in Government from Colby College.